Have you seen “The Hunger Games” movies or read the books? To give you a very watered down version, the premise surrounds a collection of children that are elected as Tributes to have an annual battle amongst each other until there is a single winner.

Entering into the job fair felt similar to what I imagine that arena would feel like. Minus the weapons.

The irony of coming back to my alma mater as a recruiter for my current company did not escape me and I hurriedly tucked my shirt into the waist of my dress pants as I followed my boss in the gym. Eight months ago I was at the same job fair as a senior about to graduate with (hopefully not too) sweaty hands and a shaky voice that stated my prior accomplishments with a lifted chin and an often rehearsed pitch as to why I was the best candidate for a job, any job.

It was nice to be on the other side for the first time. It was nice to straddle the two realms and speak on both levels, one as a semi-professional, and the other as a student who just recently stood in their shaky shoes.

Students who dressed sharp and talked smooth received points for presentation, but lost points for content if they wouldn’t make proper eye contact and had eyes that seemed to wander to every other booth. The most impressive candidates were the energetic ones. The ones who seemed excited for their future, wired on some sort of post-graduate caffeine were the ones I wanted to talk to. I enjoyed the students who walked up with prior knowledge (thank you quick Google search) of ServiceTrade. Even if they didn’t quite get it right, I respected the prior steps they took. Even the students who had no knowledge but were willing to ask and willing to learn with open minds gained our approval.

While my boss and I tag-teamed speaking about the company and my experience as a recent college graduate,  I realized that there were so many things beyond ServiceTrade that I wanted to tell these students.

I wanted to tell them:

As I listened to very similar candidates preach to me why they’re willing to volunteer as Tribute, I marveled at the gap that stands between graduation and your first job. I’m not sure there is anything that can truly prepare you for the real world, but striding forward when the cannon goes off with the best of intentions is a pretty good place to start.

Smartphone Buying Guide for Service Contractors, Part 4: Where to Buy 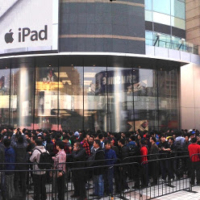 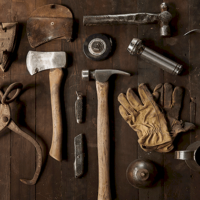