If you’ve been reading my blog posts, you know that Domino’s is using their customer mobile app to dominate the pizza wars. Every time I write about them, I have to pull a new stock graph to show just how much they’ve grown. Their success boils down to one word:

That’s all customers really want. They’ll bark about price and quality right up until someone innovates and makes their life easier. At that point, they’ll happily fork over more money. When cars were introduced, they were fragile and cost far more than a horse, but they didn’t have to be maintained on a daily basis.  When Netflix hit the scene, it had a small selection, subscription services were unheard of, and it seemed to cost more than the occasional Blockbuster rental. But, Netflix didn’t require multiple trips to Blockbuster to watch a single movie. Amazon has shipping delays and costs more than big-box stores, but customers don’t even have to leave the comfort of their own home.

In this era, you don’t have to be a technology company like Netflix, Amazon, and Uber to be a game changer. Domino’s shows that you just have to think like one. Use scalable technology to give your customer a convenient experience and they’ll happily give you more money. It’s that simple.

What does this mean for B2B service contractors? Make customers’ lives easy with technology. Give them better information so they can make better decisions by providing convenient online:

This may not seem like much, but neither does an app that makes it a little easier to buy pizza and track deliveries.

WFH (Working From Home) FTW (For The Win) 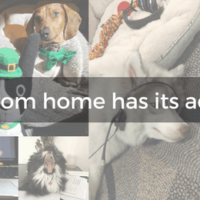 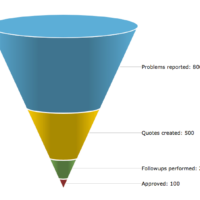